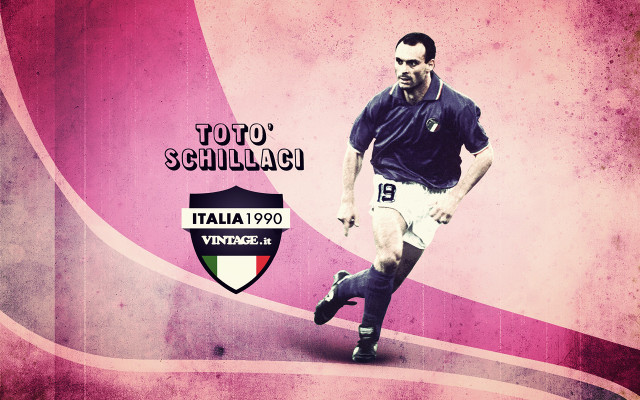 Salvatore Schillaci (born December 1, 1964), commonly referred to by his nickname Totò is a former Italian football player. During his career, he played for Messina (1982-1989), Juventus (1989-1992), Internazionale (1992-1994) and Júbilo Iwata (1994-1997). He was the Golden Boot winner for the 1990 FIFA World Cup after leading the tournament with six goals.
He made an appearance in a television advert for the Irish beer Smithwick's. The ad was originally created in the mid-90's when his goal that had eliminated Ireland from Italy 90 as well as the Irish win over Italy in 1994 FIFA World Cup were still vivid memories in the beer's home country.