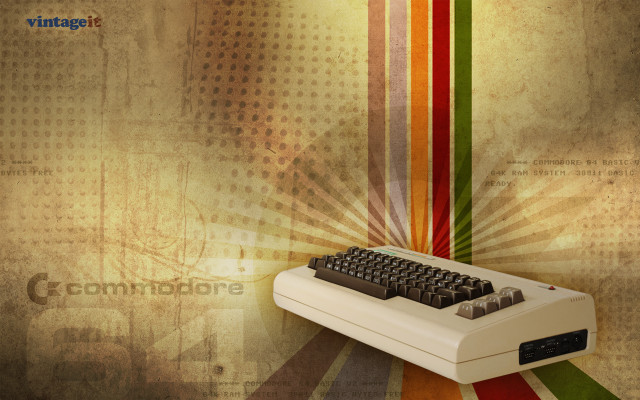 The Commodore 64 is an 8-bit home computer introduced by Commodore International in January, 1982. Volume production started sometime in the spring of 1982, with machines being released on to the market in August at a price of US$ 595. The C64 features 64 kilobytes of memory with sound and graphics performance that were superior to IBM-compatible computers of that time. It is commonly known as the C64 or C=64.
[content via Wikipedia]