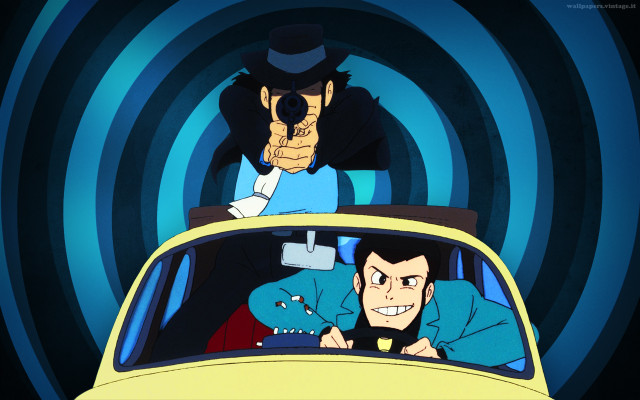 Lupin III, also known as Lupin the 3rd, is a Japanese manga series written and illustrated by Kazuhiko Kato under the pen name of Monkey Punch. The story follows the adventures of a gang of thieves led by Arsène Lupin III, the grandson of Arsène Lupin, the gentleman thief of Maurice Leblanc's series of novels. Lupin and his gang travel throughout the world to steal treasures and escape from the law.
[content via Wikipedia]