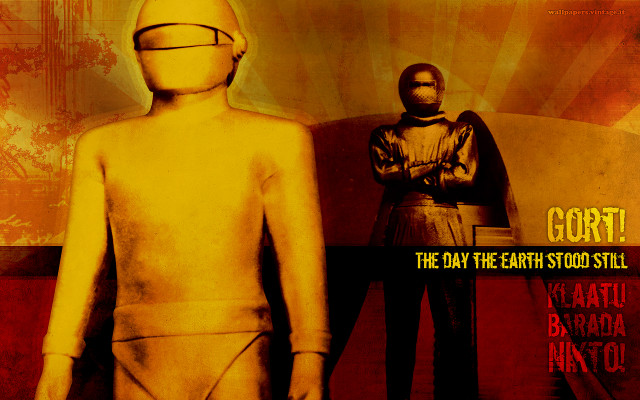 The Day the Earth Stood Still is a 1951 black-and-white science fiction film that tells the story of a humanoid alien visitor who comes to Earth with a warning. The film stars Michael Rennie, Patricia Neal, Sam Jaffe, and Hugh Marlowe, under the direction of Robert Wise. Screenwriter Edmund H. North based the screenplay on the 1940 Harry Bates' short story "Farewell to the Master." The score was composed by Bernard Herrmann and used two theremin electronic instruments. The film is often considered by movie historians to be one of the classics of the science-fiction genre.
[content via Wikipedia]