The end of the world wallpaper 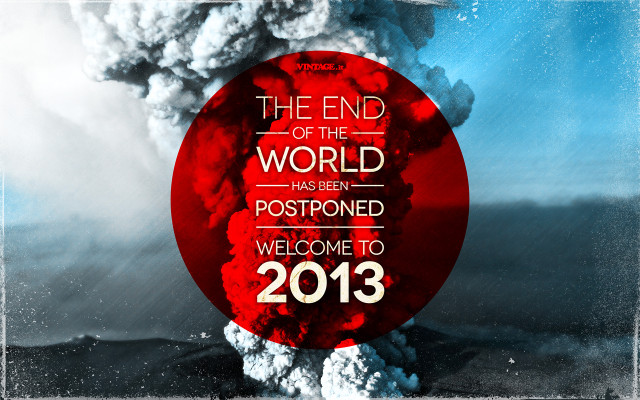 The 2012 phenomenon was a range of eschatological beliefs that cataclysmic or transformative events would occur around 21 December 2012. This date was regarded as the end-date of a 5,125-year-long cycle in the Mesoamerican Long Count calendar, and as such, Mayan festivities to commemorate the end of the b'ak'tun 13 took place on 21 December 2012 in the countries that were part of the Mayan empire (Mexico, Guatemala, Honduras, and El Salvador), with main events at Chichén Itzá in Mexico, and Tikal in Guatemala.
[content via Wikipedia]